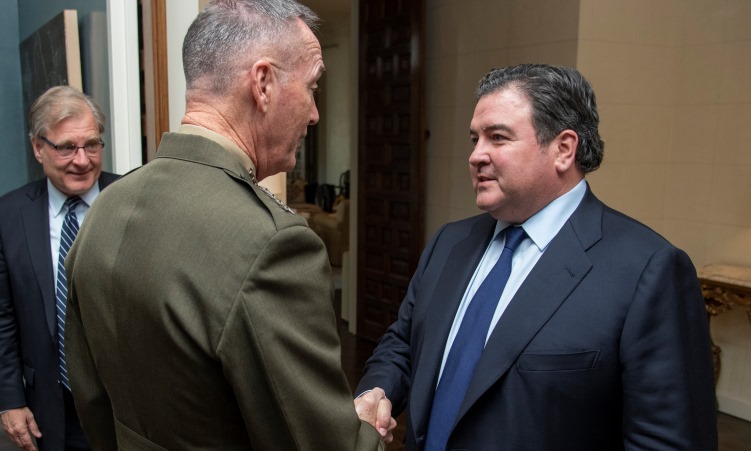 During his visit, Gen. Dunford expressed his appreciation to Spanish officials for Spain’s hosting U.S. forces at the Spanish naval base in Rota and airbase in Morón. He also thanked Spain for its ongoing support of Operation Inherent Resolve in Iraq, Operation Resolute Support in Afghanistan and its ongoing Patriot missile defense mission in Turkey. Spain’s train and advise efforts in Iraq and Afghanistan have made a significant impact in building the capacity of Iraqi and Afghan security forces to defend their nations.