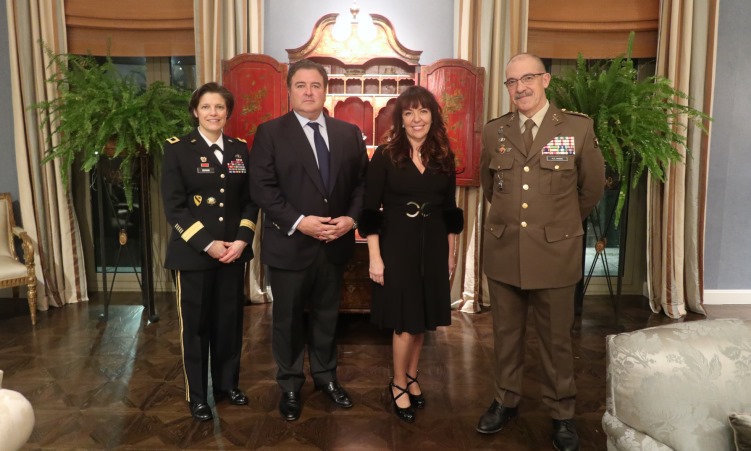 Ambassador Buchan and the president of The Legacy, Eva García, offered a reception to recognize the strong collaboration between U.S. and Spanish military forces both now and throughout our shared history. The Ambassador emphasized that our two countries stand together in the defense of the freedom we share.  Not “YO SOLO”, as Bernardo de Gálvez declared on that historic day in Pensacola, but “TODOS JUNTOS” as we face difficult challenges in the south, east, and cyberspace.