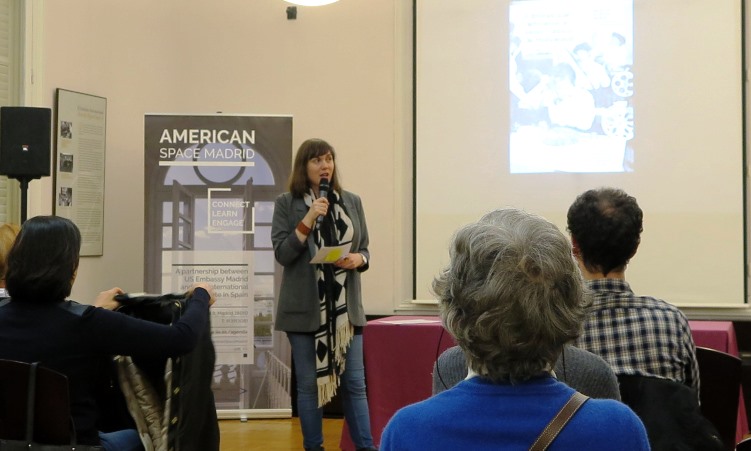 To commemorate Women’s History Month, the Embassy organized a film series to honor U.S. women film editors who shaped Hollywood’s classical montage style. Featured film editors included Dorothy Spencer (To Be or Not To Be, 1942), Viola Lawrence (The Lady from Shanghai, 1947), Barbara McLean (All About Eve, 1950), Adrienne Fazan (Singin’ in the Rain, 1952), and Dede Allen (Bonnie and Clyde, 1967). The screenings were preceded by an introduction by cultural manager Sibley Labandeira. The program shed light on a little-known area of film history: the strong presence of women in the field of editing since the very advent of cinema, and demonstrated the key involvement of women in the shaping of the history of U.S. cinema. It also highlighted the importance of film editing in general, and the reasons behind the perseverance of women in the field. The series took place at the American Space Madrid.