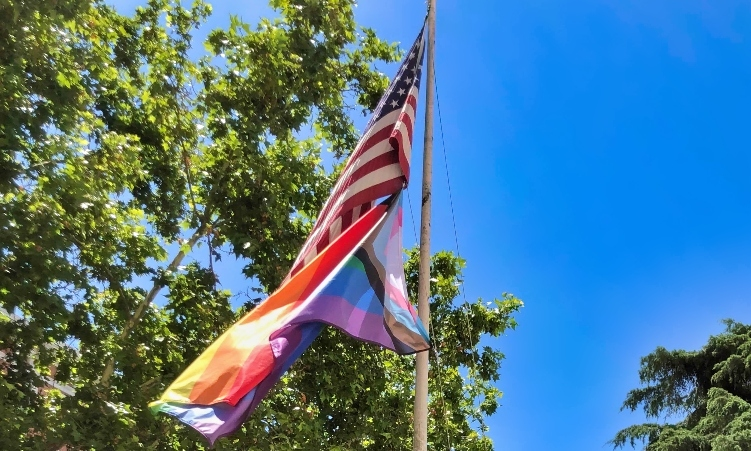 For the first time ever, the U.S. Embassy in Madrid is flying the new Progress Pride flag.  The Embassy has flown the traditional Pride flag or hung a large Pride banner in support of the LGBTQI+ community for many years, but this is the first time to raise the Progress Pride flag, which incorporates design elements to honor and represent persons of color in the LGTBQI+ community, transgendered, and non-binary conforming individuals.  Chargé d’Affaires a.i. Conrad Tribble and Deputy Chief of Mission a.i. Joe Mellott hoisted the Progress flag on the Embassy’s official flagpole, while a large Pride banner was unveiled on the Embassy’s façade.  Members of the Embassy community joined in the event to show their support. 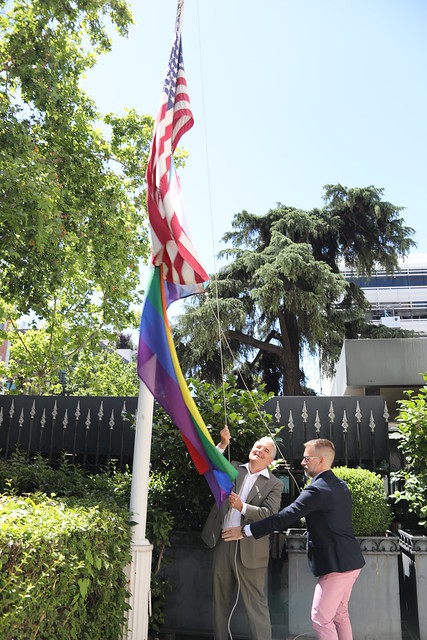