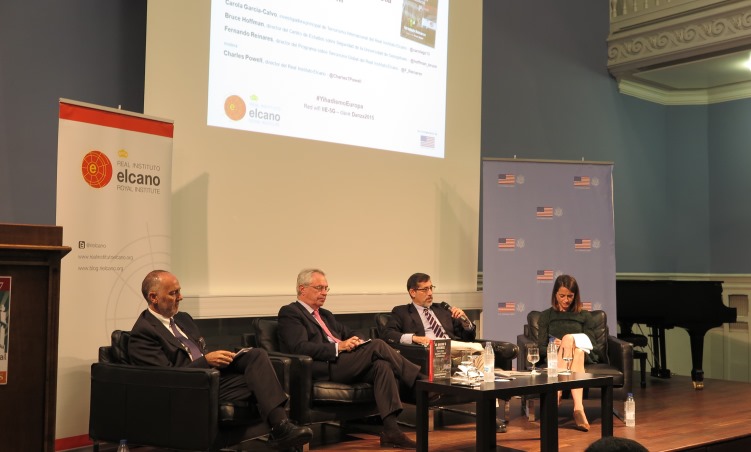 On July 5 at the American Space Madrid, Bruce Hoffman, the Director of the Center for Security Studies at Georgetown University, participated in a roundtable sponsored by the Elcano Royal Institute about the evolution of jihadist terrorism since the Madrid train bombings of March 11, 2004. Professor Hoffman was joined by two Spanish terrorism experts from Elcano Royal Institute—Fernando Reinares, Director, Program on Global Terrorism, and Carola García-Calvo, Senior Analyst, Program on Global Terrorism. Professor Hoffman said ISIS will continue to be a security threat for many years to come due to their global support network. This network, which includes branches in Africa, the Middle East, and Asia, has used social media to cultivate foreign fighters from over half of the world’s countries. The professor also believes that Al Qaeda will re-emerge in the coming years after having an opportunity to marshal their resources. He pointed out that Al Qaeda, which has existed for more than thirty years, has proved to be highly adaptable and has successfully branded itself as a “moderate extremist group” in contrast to ISIS.