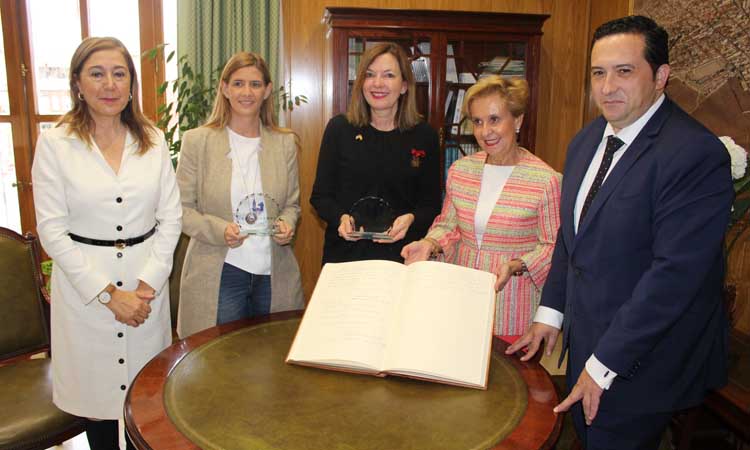 On October 15, U.S. Assistant Secretary of State for Educational and Cultural Affairs Marie Royce took part in the AFAMMER (Association of Rural  Families and Women) celebration of the International Day of Rural Women in Socuellamos, a village in La Mancha, during her visit to Spain. Assistant Secretary Royce was invited to address over 500 rural women from various areas of the Castilla-La Mancha region by Congresswoman and AFAMMER President Carmen Quintanilla, a State Department International Visitor Leadership Program (IVLP) alumna.

Assistant Secretary Royce was greeted by Mayor Prudencia Medina and then attended the commemoration event, where she explained how the United States and Spain share analogous values about the needs and challenges affecting women in rural areas in similar ways: “2018 marks the tenth year that we have officially observed the International Day of Rural Women. The United States joins the rest of the world in celebrating the contributions made to advance women’s economic empowerment, especially in rural areas… Rural women entrepreneurs –and I believe there are quite a few among you, are a crucial factor in enhancing social and economic prosperity.”

Assistant Secretary Royce is visiting Spain to represent the United States during the celebration of the 60th anniversary of the binational agreement between Spain and United States to establish the Fulbright Program in Spain.