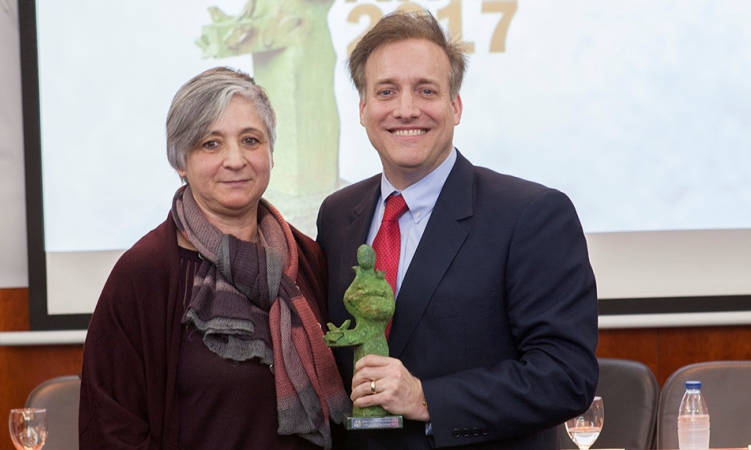 On January 24, Counselor for Public Diplomacy Stewart Tuttle accepted an award on behalf of the U.S. Embassy given by the Official College of Veterinarians of Madrid to the American people for treatment of animals during the evacuations that happened after Hurricane Harvey. The award also recognizes animal protection laws for the rescue of domestic animals in case of catastrophe and the PETS law. During his thank-you speech, the Counselor stated that “animals have a special place in American history and in our lives. This award is for the American people for their general commitment to the welfare of pets and service animals, and specifically to the people of Texas and other states who did everything they could to save their pets, the pets of their neighbors and others, when Hurricane Harvey devastated the region.