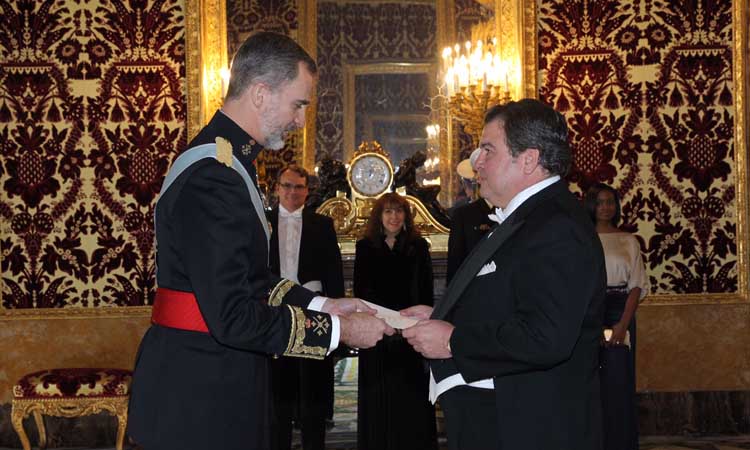 On Thursday, January 18, Duke Buchan III presented his Letters of Credence to His Majesty King Felipe VI during an official ceremony at the Royal Palace. He thus officially becomes the new U.S. Ambassador to the Kingdom of Spain.

The credentialing ceremony dates back to the eighteenth century and maintains traditions that have remained virtually the same to this day. Ambassador Buchan traveled by carriage from Spain’s Ministry of Foreign Affairs at the Palace of Santa Cruz to the Royal Palace in a horse-drawn carriage. Following the ceremony, Ambassador Buchan and the King held a brief meeting.