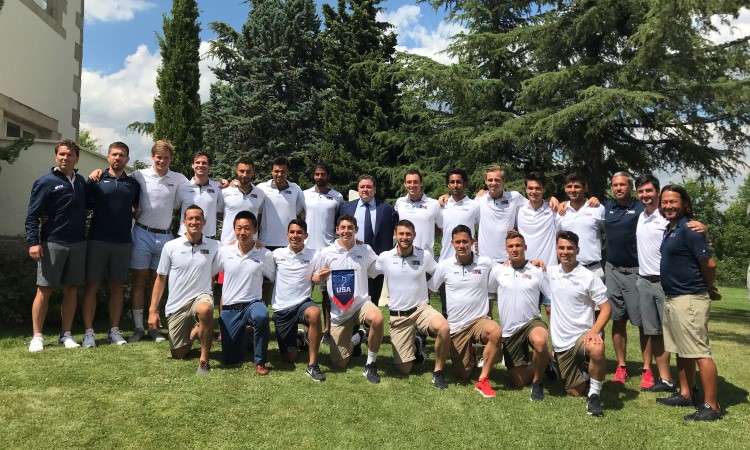 Ambassador Buchan met on Thursday, July 5, with members and coaches of the US Men’s National Field Hockey Team, which was on a training tour in Spain.  This is the team’s second time in Spain this year, after participating in a field hockey tournament in Malaga in January. The Ambassador praised the team’s efforts and their commitment to the spirit of sportsmanship among Spanish and American athletics. Off the field, the team was excited to explore more of Spain before continuing their tour in Scotland. The Embassy wishes them the best of luck and hopes to see them again in Spain!