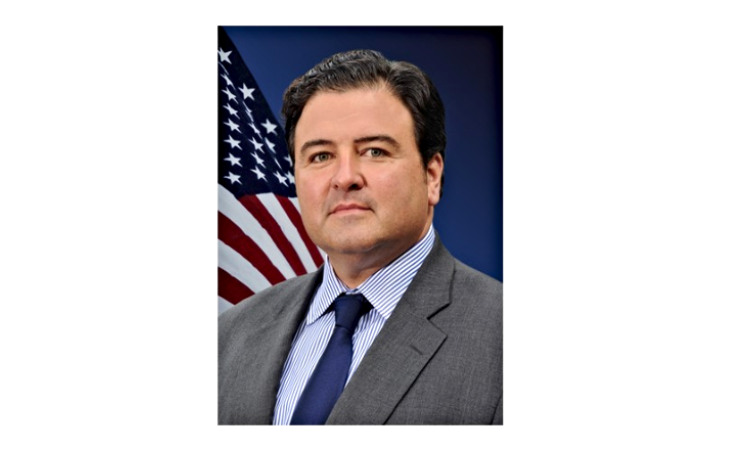 The Time of the Tyrants in Cuba, Venezuela, and Nicaragua Must End
Democracy and dignity for all!

The Spanish version of this article appeared in El Mundo on December 10, 2019.

This December 10 the United States and the world will commemorate International Human Rights Day and the adoption of the Universal Declaration of Human Rights.  That Declaration, signed 71 years ago, committed nations to stand for equality, justice and human dignity worldwide.  Despite this pledge, evil regimes in Latin America still endure and evade punishment.  This year, it’s time to put an end to indifference.  It’s time to close the door on tyrants.

Many nations look to Spain as a model for the protection of human rights.  King Felipe told Cuban President Miguel Díaz-Canel last month in Havana that the Cuban regime must grant its citizenry the “ability to freely express their ideas and the freedom of association and assembly,” and echoed 50 years of demands by the international community for Cuba to respect human rights and stop harassing, assaulting, and arresting its own people.

Cuba not only represses; Cuba exports repression.  The regimes in Venezuela and Nicaragua both depend on Cuban military and intelligence services to keep the tyrants in power and their peoples subjugated.  This must stop now.

Last month, I traveled to the Venezuelan border with Colombia to witness firsthand the humanitarian crisis caused by the illegitimate Maduro regime.  I saw the results of the violence, intimidation, and hunger that has expelled over four million Venezuelans from their homes.  Each day, another five thousand Venezuelans arrive to Colombia, exhausted and in dire need of food and shelter.  Each one has a heartbreaking story to tell.  I saw pregnant Venezuelan women waiting to give birth in an extremely overcrowded maternity ward.  I saw very weak children and elderly persons waiting to receive their only meal of the day at a soup kitchen.  Children are dying from starvation.  The elderly are without medication or care.  This must stop now.

During my visit, I met with relief agencies which provide food, shelter, education, and medical care, and I heard the horror stories.  Colombia is doing an amazing job helping these victims.  The United States, the European Union, and others are also providing assistance.  But as long as Maduro remains in power, there is no hope for vulnerable people in Venezuela.  As long as the rest of the world remains inactive, democracy, freedom, and basic human rights will not appear in Cuba, Venezuela, or Nicaragua.  We all need to do more.

The United States is fighting back against the Cuban government’s trafficking of property confiscated by and since the Castro regime.  Restricting the Cuban regime’s ability to profit from seized assets will deprive that dictatorship of illicit income and hold it accountable for its nefarious actions.  We have sanctioned and restricted the travel of hundreds of Maduristas and Ortegistas complicit in human rights abuses and who continue to exploit human suffering for their own economic gain.  We can put an end to this.

But none of this will be fully effective unless Spain and other countries in Europe join us in closing the escape hatch for these criminals.  We ask Spain to take a leading role in the EU to improve these rights for Cubans, Venezuelans, and Nicaraguans.  We ask Spain to prevent bolichicos from Venezuela and corrupt Nicaraguans and Cubans from escaping with their plunder to Europe.  The international community can and must stand as one against human rights abuses and end impunity for such tyrants.

As King Felipe so astutely pointed out to the Cuban regime, “adaptation and change are inevitable,” and “those who resist, in the end, lose the opportunity to participate in the creation of a future that is being born or, better yet, that is already here.”  Spain made its brave transition to democracy 40 years ago.  In the decades since it has become a powerful defender and promotor of universal human rights.  Spain can translate this admirable record into more concrete pressure on governments like Venezuela, Cuba, and Nicaragua to bring about the democratic change that those peoples’ desire and deserve.

International Human Rights Day reminds us that our common commitment to human rights is a moral imperative.  Guaranteeing these rights requires constant attention and action.  On this anniversary, let us remember the importance of calling out injustice when and where we see it.  Let us remember our duty to protect universal human rights and democracy.  And let Spain, the EU, and the United States act together to defend these rights for those who live under brutal regimes in Cuba, Venezuela, and Nicaragua.  Today we highlight the importance of democracy and dignity for all!