Home Página Inicial | News & Events | The U.S. and Spain Eliminate Double Taxation and Boost Economy and Jobs for Both Countries 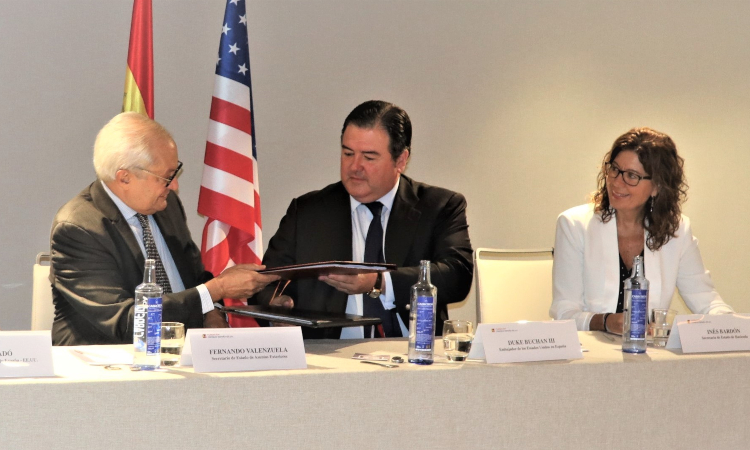 On September 20, Ambassador Duke Buchan and the Secretaries of State for Finance and Foreign Affairs of the Government of Spain exchanged protocols to update our existing bilateral tax convention.  This update to the 1990 agreement will generate new investment opportunities, create new jobs and deepen economic relations between the U.S. and Spain.

At the ceremony, Ambassador Buchan declared: “With the ratification of the United States Senate and the approval by President Trump of this fiscal agreement, we are joining our economic networks and creating personal ties for the coming decades. We take an important step forward in promoting even greater economic growth and bilateral investment.” The ambassador underscored that “we also share the commitment to promote economic prosperity and expand business opportunities” between the two countries.

The agreement deepens the current relationship between the U.S. and Spain as partners, allies and friends.

We invite you to also read Ambassador Buchan’s op-ed: “The End of Double Taxation”