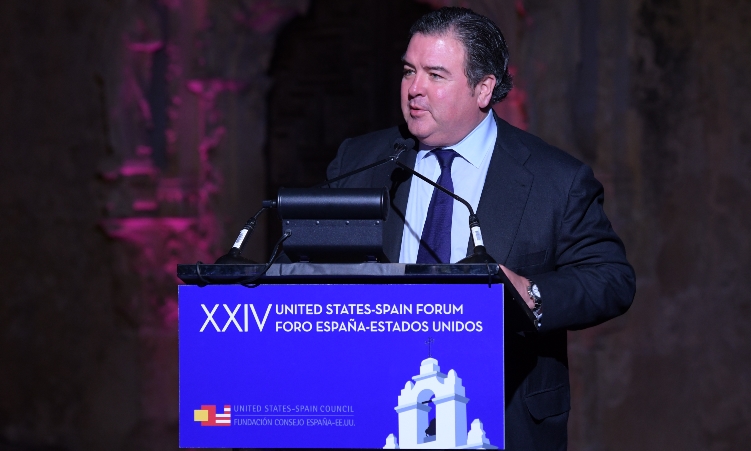 Ambassador Duke Buchan III participated in the XXIV United States-Spain Forum in San Antonio, Texas, on November 1-2.  Organized by the US-Spain Council and the Fundación Consejo España-Estados Unidos, this year’s location highlighted the history and the foundation of the United States of America as a nation.  Founded as a Spanish mission (known as El Alamo) and colonial outpost in 1718 (last year it celebrated the 300 anniversary), San Antonio became the first chartered civil settlement in present-day Texas in 1731, founded by 56 immigrants from the Canary Islands.

In addition to Ambassador Buchan, several high-level Spanish and U.S. corporate leaders, government officials and experts in education and cultural matters participated in the Forum, including Spanish Secretary of State for Foreign Affairs, Fernando M. Valenzuela, Spanish Secretary of State for Energy, José Domínguez, Spanish Ambassador to the United States, Santiago Cabanas, U.S. Congressman Joaquín Castro and Rear Admiral William W. “Trey” Wheeler.  The sessions focused on “The Entertainment Industry: A Cultural Bridge,” “The Future of Cleaner Energies,” and “Disinformation in the Face of Tech Innovation.”