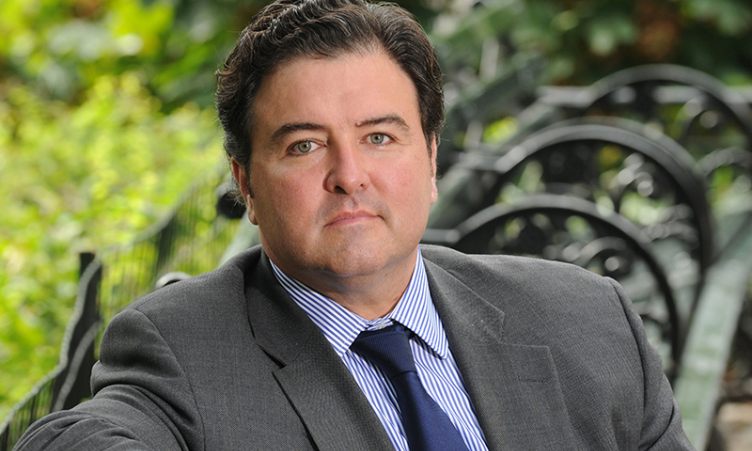 Terrible Theater: Tomorrow’s “Election” in Venezuela Is a Sham

The illegitimate Maduro regime is staging a sham parliamentary election tomorrow in Venezuela in an effort to eliminate the democratically elected National Assembly.  This piece of political theater is a sham that is already being panned by the international community because it doesn’t meet a single one of the UN’s stated conditions for free and fair elections.  It is the latest act in Venezuela’s decade-long drama of electoral malfeasance.  Tomorrow’s fraudulent process is the worst production yet – and it’s time to close the curtain on this tragic display.

That is why the United States, Spain, the EU, and all other nations of good conscience must continue to stand together in denouncing tomorrow’s charade in Venezuela.

Let’s break down all the ways tomorrow’s “elections” are fundamentally flawed.  Start with the fact that Nicolás Maduro lacks the authority to organize these elections because he stole the presidential election in 2018. Next, he has done everything he can to undermine electoral integrity.  Key opposition leaders have been declared ineligible.  Everything from the electoral timeline to non-transparent software and voting machines, to the illegal seizure of political parties’ names and ballot logos, render the vote a sham.  The Maduro regime arbitrarily increased the number of seats in the National Assembly from 167 to 277, suppressed indigenous political representation, and usurped the Supreme Court’s legislative powers by appointing members to the National Electoral Council, a body that clearly cannot be considered impartial.

All this paves the way for Maduro to install a complicit, puppet National Assembly, beholden only to him, while destroying the country’s only remaining democratic institution that truly represents the Venezuelan people.  Achieving that type of totalitarian rule is an end goal for Maduro, who also wants to distract the world from what Venezuela really needs: a free and democratic presidential election and the opportunity for Venezuelans to legitimately choose their country’s leaders at all levels.

Rigging elections isn’t Maduro’s only crime.  As the UN Independent International Fact-Finding Mission laid bare in its September report, the regime has systematically assassinated, tortured, and imprisoned its opponents.  Meanwhile, Maduro and his inner circle continue to plunder the country’s natural resources, causing untold environmental devastation, to enrich themselves.

Starting on Monday, however, thanks to Interim President Juan Guaidó, Venezuelans at home, here in Spain, and around the world, have a chance to send a strong message and reject the regime’s farcical elections by participating in a Consulta Popular to demand free and fair presidential and legislative elections and a transition to democracy.  I strongly urge all Venezuelans in Spain to participate from December 7-11 by going to www.ConsultaporVZLA.com and following the instructions provided there.

While Venezuelans can make their voices heard in the Consulta Popular, there’s more that all of us in the international community can and should do to support them.  As U.S. Ambassador to Spain and Andorra during the last three years, one of my key goals has been working with our partners to support a return to democracy in Venezuela.  I traveled to the border between Colombia and Venezuela and saw for myself the humanitarian crisis there.  It was heartbreaking to see thousands of Venezuelans fleeing their homeland daily in search of food, medicine, or simply refuge from violent oppression.  I met with Venezuelan expats in the Canary Islands who told me how they were forced to abandon their homes and careers to try to make a new life in a foreign land.

Here in Madrid, I sat down with courageous leaders including Juan Guaidó, Antonio Ecarri, Isadora Zubillaga, and Leopoldo Lopez, and came to understand their incredible resolve to set their country back on the right path, despite daunting odds.  I spoke to Spanish leaders and to EU leaders, urging all those who value democracy and honor human rights to join the United States by holding the illegitimate Maduro regime accountable through sanctions, travel restrictions, and public statements.  I asked them to support Interim President Juan Guaidó and the democratically elected National Assembly.  And I urged them to heed the words of the vast majority of Venezuelans who have struggled for years to restore democracy and liberty to their country.

I am happy to say we have allies that are standing up for democracy.  Spain, the EU, the Organization of American States, and numerous others around the world have publicly condemned Maduro’s efforts to hold these egregiously flawed elections.  We are working together on sanctions, travel bans for certain individuals associated with the corrupt regime, as well as asset forfeitures and other measures to hold the regime to account.

We also must continue to give attention to the massive humanitarian disaster Maduro is causing – both inside Venezuela and around the broader region.  According to the OAS, 5.4 million Venezuelans have fled to date. There are shortages of almost every basic medication, malnutrition is rampant, and poverty is widespread.  According to the UN Refugee Agency, there has been an 8,000 percent increase in the number of Venezuelans seeking refugee status worldwide since 2014, principally in the Americas, but also in places like Spain.  This has put an enormous strain on the healthcare, education, and social assistance programs of those countries.

The United States is the single largest donor of humanitarian assistance for the Venezuela regional crisis.  We recently announced an additional $348 million in aid.  This brings the total amount of U.S. humanitarian and development assistance toward the Venezuela crisis to more than $1.2 billion since 2017.  Spain has also made significant contributions in this effort.  In May it organized with the EU an international donors’ conference that generated $2.8 billion in assistance, including $653 million in donations.

Restoring democracy to Venezuela and ending the brutal repression of the Maduro regime remains a top bipartisan priority in the United States.  The United States will continue to recognize Interim President Guaidó after this sham election, and I urge Spain and other EU countries to do the same.  The international community cannot allow Maduro to gain from stealing a second election.  We call on the international community to join us in applying stronger pressure on Maduro and his corrupt regime to relinquish its destructive hold on power.

There is an equitable and common-sense path to end this crisis.  An inclusive, transitional government could administer free and fair presidential and legislative elections, usher in a new era of democratic freedoms, and restore human rights in Venezuela.  As partners, friends, and allies, the United States and Spain should continue to work together to help the Venezuelan people find an acceptable way forward.  In this effort, we must remain united, clear, and consistent in our principles and demands.  We all know this election is bad theater.  It’s time for Maduro to get off the stage.