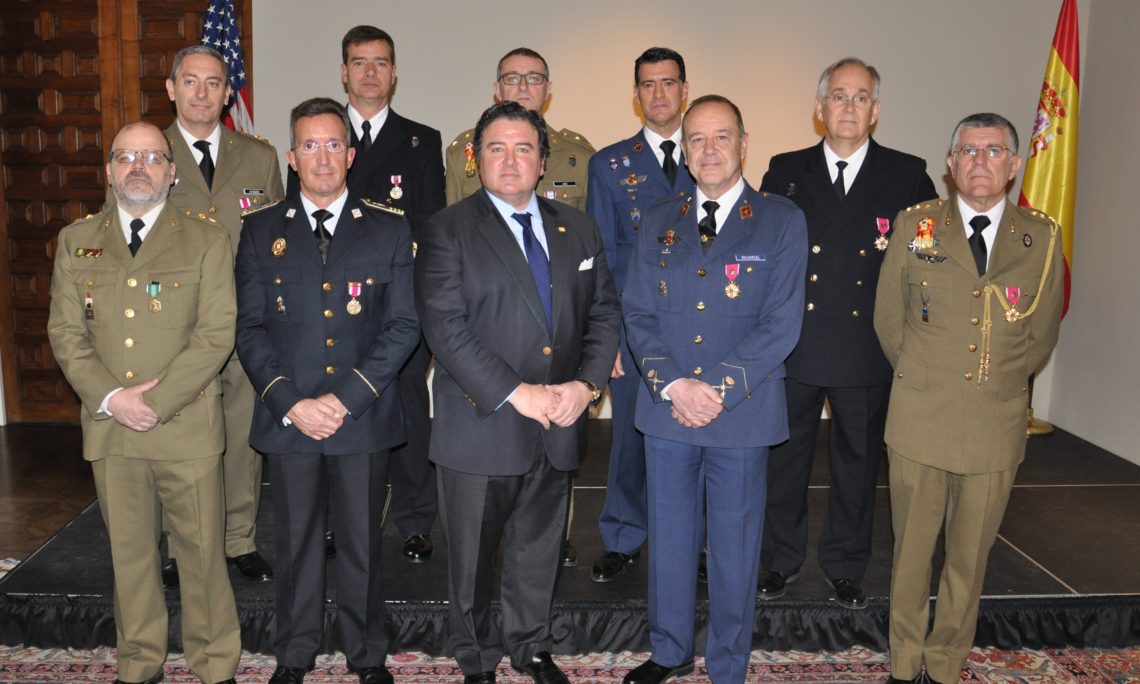 In a special ceremony on February 15, Ambassador Buchan presented medals to nine members of the Spanish military in recognition of their military accomplishments and their contribution to the excellent bilateral military relationship between Spain and the United States. In remarks at the ceremony, Ambassador Buchan saluted the unbreakable bonds that exist: “The presence of military members of our two nations here today recalls the long-standing friendship between our two nations, one that began even before the United States became an independent nation. Just as General Galvez and his soldiers stood by the fledgling U.S. Army in the southern states during the American Revolution, the U.S. and Spanish militaries stand today, side-by-side, in many of the world’s trouble spots defending freedom and democracy.”