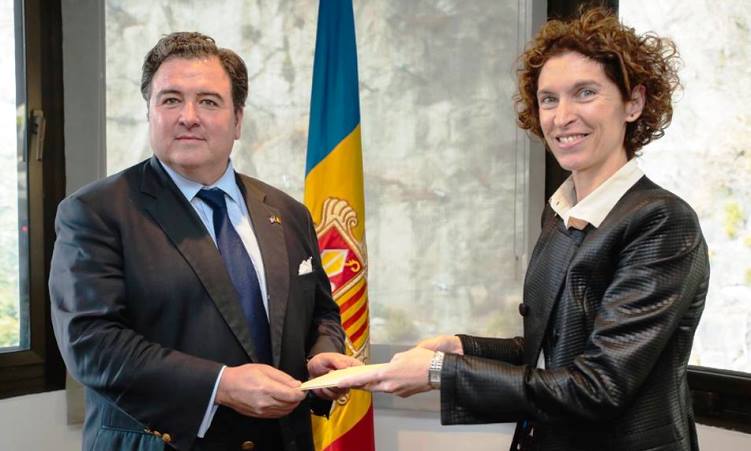 On Tuesday, April 3, Duke Buchan III presented his credentials to the Minister of Foreign Affairs of Andorra, Maria Ubach, during his first official visit to the country, which highlighted the growing business opportunities between our two countries and the excellent bilateral relationship. Ambassador Buchan also met with the Prime Minister, Antoni Martí; the Minister of Economy, Gilbert Saboya; the Speaker of the Parliament, Vicenç Mateu; as well as local business people and entrepreneurs. During his two day trip to the Principality, the Ambassador had the opportunity to learn about Andorran history while visiting the Casa de la Vall (the previous Andorran Parliament building) and the house of the Areny-Plandolit family, which was built in the 17th century. Ambassador Buchan also met with the five Fulbright English Language Assistants who are currently teaching English in Andorran schools.