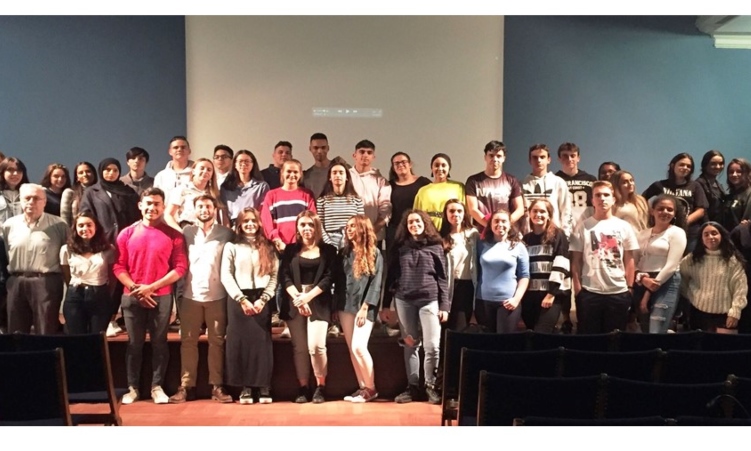 The youngest alumni of Embassy exchange programs gathered on the evening of October 15th at the American Space in Madrid to participate in a presentation by Tony Carro, NASA Representative in Spain, who discussed the Spanish Role in the Apollo Program, explaining  NASA’s close and long relationship with the various deep space tracking stations in the province of Madrid and the important role they have played in space exploration,especially in the first Moon landing.  He also gave hints of NASA’s next missions to Mars, and referred to Artemis, a mission to return to the Moon by 2024, this time with a female astronaut, preparing the way for human missions to Mars.  Mr. Carro challenged this young group to pursue studies in STEM fields and to apply for scholarships to study in the United States. The talk was followed by the screening of the 2019 Apollo XI documentary.

A2A will feature monthly presentations by a panel of both American and Spanish adult alumni who have become experts and innovators in their fields of expertise.   A2A’s final goal is to maintain and deepen the Embassy’s relationship with these young alumni, have them become active members of the larger Spanish Alumni family, and keep them interested and engaged with the United States.