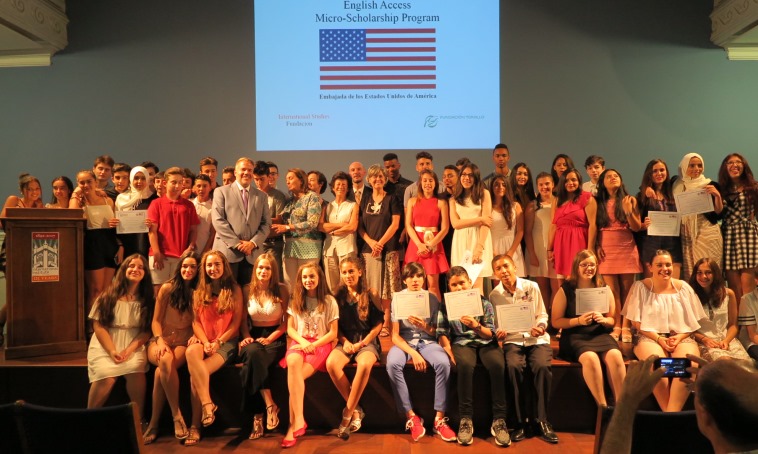 Since its inception in 2004, around 70,000 students in more than 85 countries have benefitted from Access, which increases their possibilities of getting grants to study in the United States and better jobs.  Next fall the Embassy will launch a similar two-year program for a new group of students.  A new program, “Go American English!”  will begin at both Fundacion Tomillo and the Fundacion International Studies next Fall.  Right now both institutions are starting the selection process of around 50 underserved students .