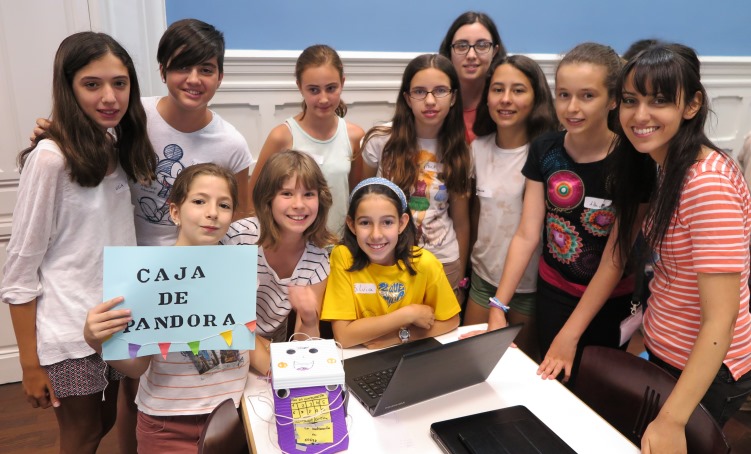 Last Saturday approximately one hundred girls between the ages of 9 and 12 participated in the GirlsTech Makeathon at the American Space Madrid. The program, which is funded by the U.S. Embassy, was created to encourage girls to explore the fields of technology and science. The girls were divided into small teams and given an invention assignment. To construct these inventions the girls were provided computers, iPads, crafts supplies, and Little Bits (electronic building blocks). The four-hour-long event featured an address from Christopher Quade, the embassy’s Cultural Affairs Officer, who introduced Tony Carro, a NASA scientist. Carro spoke to the girls about the need for more female scientists and engineers, and encouraged them to pursue studies in two fields: what they find most interesting and English. Afterwards, the girls began crafting their inventions—which included everything from a soup-chilling device to a massage machine. After several hours of working, the girls presented their final products to their peers and parents.