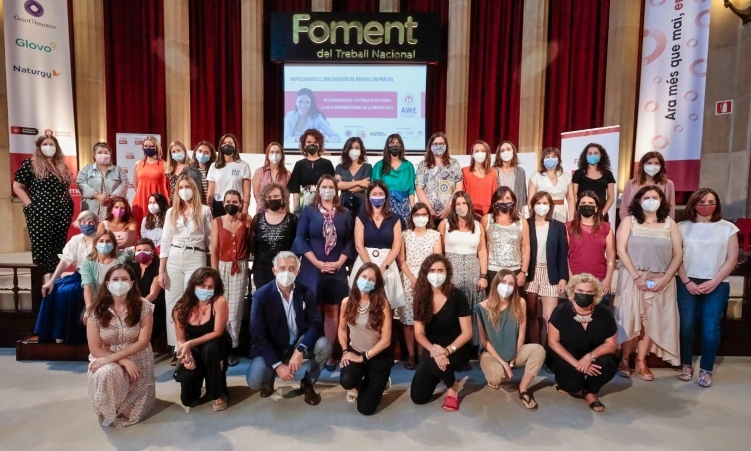 On July 15, the closing event was held in Barcelona of the third edition of AWE in Spain which took place in Aragon and Catalonia

Through a partnership between the U.S. Consulate in Barcelona, Foment del Treball, and the Government of Aragon, 17 women entrepreneurs and social innovators from Aragon and 30 entrepreneurs from Catalonia have completed their training at the Academy for Women Entrepreneurs (AWE), a program funded by the U.S. State Department that advances female entrepreneurship.  AWE empowers women entrepreneurs around the world to launch or expand their business ideas, and is helping to build a global network of women entrepreneurs both within Spain and in more than 80 countries.

165 Spanish entrepreneurs have already completed this program. The first edition in Spain took place in 2019 in Gran Canaria and Tenerife, thanks to a collaboration with Heroikka Association and Casa África. In 2020, the second edition took place with two cohorts of participants from Valencia and Seville, thanks to the support of WStartupC, Valencia Activa, and Junta de Andalucía. This year we have organized the third edition in Aragon and Catalonia, with the support of Foment del Treball and the Government of Aragon, through the Technological Institute of Aragon (ITAINNOVA) and LAAAB.